Donuts. My one true love in life. My vice. I have loved donuts my whole life, but I will never forget the first time I tried Krispy Kreme.

Back in 2014 I visited America for the very first time with my best friend, Vanessa. We had dreamed up the trip sometime in high school, and finally 2 years later, freshly 21 our dream became a reality. Both being food lovers, our list (okay, my list) of food places to visit was just as big at LA’s other attractions. I had been paleo for about a year at that stage, but since it was my first trip in America, I gave myself a food pass to try what I wanted. These days I’m a lot fussier about what I put into my body, so food passes are far and few between and a lot stricter when they happen!

One of the first places on our list was Krispy Kreme. We had arrived earlier that day and after checking into our accommodation, we decided to go for a little exploring. It took us a lot of road detours and GPS re-routing to get there, and since neither of us were willing to give up, a lot of time too!

Finally we arrived at the glowing green, white and red sign and made our way it. There were so many flavours to choose from, and we had decided on a modest (hahaha there’s nothing modest about Krispy Kreme donuts) 2 donuts each.

That was until the man as wide as he was tall who was serving us said in his incredibly thick accent, “You know, it’s cheaper if you get a dozen than to buy four separately!” and that was that. Being the bargain hunters we are, we couldn’t resist a good deal. As if 12 donuts for the 2 of us wasn’t enough, he handed them over with “I threw in an extra hot and fresh original glazed for free!” and we set off, donuts in hand.

How we managed to ration them over 3 days is beyond me, and I’m surprised we even had leftovers to throw out (cardinal sin in my book). I maintain that the taste was worth feeling like rubbish with a sugar hangover. Not really something I advocate for, but sometimes you’ve gotta live.

These days, I’m a lot more tame in my donut adventures. With all of the exciting paleo recipes on the market these days, this isn’t the only paleo donut recipe. There was however, a gap in the ultra low carb and still dairy free, paleo compliant donut market that was begging to be filled. Having tried low carb, reasonably paleo friendly donuts from local Australian companies, I was keen to make my own without the extras. It took a lot of playing in the kitchen and more than one attempt but I finally got one that I was happy with flavour, texture and appearance.

Not only are these donuts delicious, but as I mentioned, they are ultra low carb. At just 5.9g total carbs/3.4g net carbs, one of these donuts will not throw out your carb count. For those of you wondering the difference between total and net carbs, have a read of this article. Since recently discovering a gut issue, I have been dabbling in keto eating to aid my control of an overgrowth of bad gut bacteria. Because I’m eating so low carb, I have really missed my sweet treats!

So what do I use to sweeten these? Erythritol. A lot of people are thrown off by this word, and it’s easy to question its status in the paleo world when seeing the name. I mean, it just sounds like a chemical, right!? Erythritol is actually a sugar alcohol. It has a GI count of 0, is zero calories, zero carb and causes little to no gastric distress (unlike a lot of other alternative sweeteners). It is completely natural and is a good alternative. I personally still only consume it on the odd occasion as my game is still mostly meat and vegetables, but it’s certainly nice to have the option for those special occasions.

Erythritol is more commonly sold under brand names – New Zealand and Australia will find it in the baking aisle beside the sugar under the name Natvia (make sure you read the back and double check the ingredients!) in supermarkets, but I personally like to buy mine from iHerb in a larger bag for a good price. You can check it out on iHerb here.

You’ll notice that in the glaze I say powdered Erythritol. I’ve never been able to buy it in this form, but I simply did it myself in a mortar and pestle in less than a minute. It just meant that it made the glaze nice and smooth instead of gritty, so it’s a pretty important step!

The other surprise in this ingredient is pumpkin puree. I had seen pumpkin puree being used in the amazing cupcakes of The Sugarless Bakery here in Perth and knew they were onto something since I had been given the all clear to have pumpkin by my BePure consultant, Melanie (she’s helping me through my gut issues!). Pumpkin is great for your digestive system because it is low in starch and high in fibre, meaning its easy to digest. It also helps keep these donuts moist and soft. Win/win! I made my own puree at home by simply boiling peeled and diced pumpkin until soft, then blending. I stored it in the fridge until I was ready to use!

Well now that you’ve had your health lesson, I think it’s time to get on to the recipe. I hope you enjoy it as much as I do! Make sure if you make them, to take any pictures and share them with me. Either on instagram (@elorahh) or mail them to me on The Shrinking Violet. 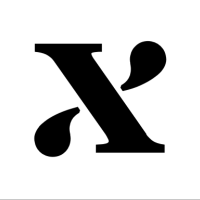 Hi Elora, where do you get your sustainable palm shortening from in NZ? Thanks : )

Hi Paula, I buy from http://www.iherb.com – you can use discount code LCR423 for money off!